Learning from a public relations disaster

Public relations disasters are nothing new. However, thanks to social media, there are more avenues than ever to amplify any potential disaster. But with a proper crisis plan in place, speedy attention to the issue, any brand can manage these concerns, including those of you who work in the financial industry.

Whenever a public relations disaster begins, it always proceeds in a similar order of events. Something we’ll call “The Lifecycle of a PR Disaster”. This lifecycle is something that Pepsi and United Airlines became all too familiar with last week.

While we would never wish for a PR disaster on anyone, it does provide the rest of us with a model of Do’s and Don’ts.

So the thing happens.

For Pepsi, the thing was their Kendall Jenner ad dropping and the world reacting to it. It can be argued that the thing happened somewhere along the creative process for the ad, but for simplicity’s sake, we’ll allow for when it went public.

As for United, well, it’s hard to pinpoint exactly which thing was the disaster, but let’s say that it started when they needed 4 seats on an already full plane. While it’s impossible to plan for every single thing that can happen, having a general plan for handling most things is crucial.

After the thing happens

When the thing happens a couple of scenarios can play out:

While we spend most of our days handling the first scenario, the second one is the stuff that nightmares are made of and when our carefully prepared disaster plans are placed into action.

The lifecycle of a PR Disaster begins

When option 2 occurs, and everything starts happening, it usually begins the same way.

First, they complain about you. If you’re lucky, they may complain to you. But more than likely your disgruntled customers will turn towards their preferred channel of social amplification and begin to blast their dissatisfaction and tell all their followers of your mistake.

If that’s the case, be sure that you are monitoring your mentions on social channels so that you can become aware of the issue as soon as possible.

Next, the media may become involved. Reporting from credited institutions lets the cat of the bag and forces your organization into full recovery mode. Now is the time to for your organization to make a statement regarding the issue. For FI’s, you are bound by privacy laws and you may not be able to paint the entire picture that caused the issue, but you can certainly make a statement so that the public knows you are aware and you are taking action.

How to handle the crisis

When the thing happens, and option 2 (everything) is the result, TREAT IT LIKE YOUR CLOTHES ARE ON FIRE!!

Whatever you do, don’t let the customers and the media tell your story before you have a chance deliver your own message. 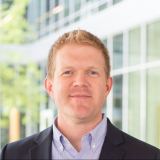